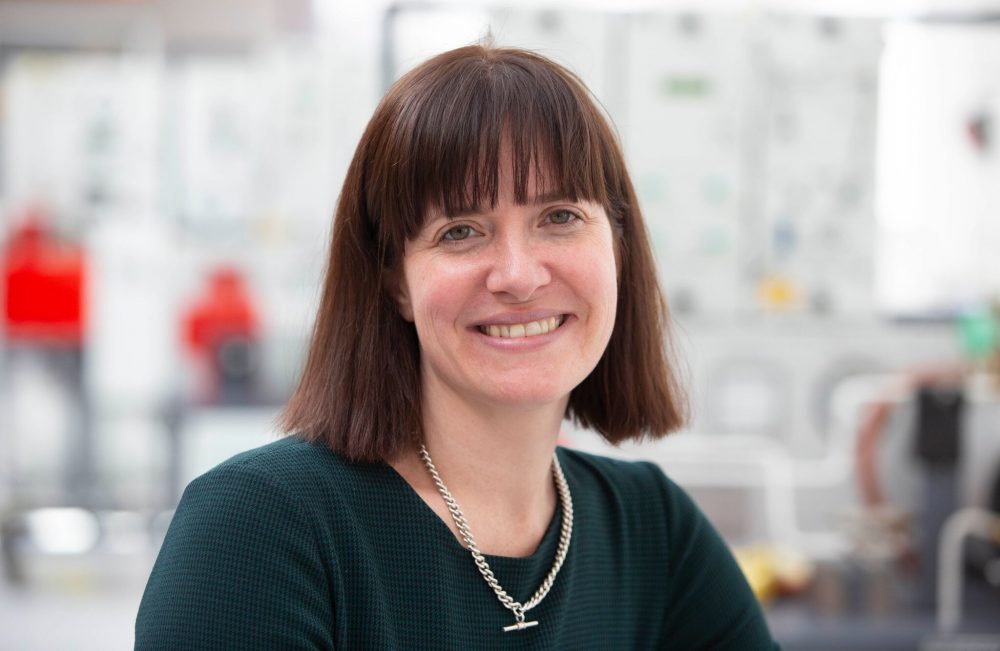 The Journal of Polymer Science Innovation Award is now in its seventh year, and we are delighted to honor Rachel O’Reilly for her pioneering achievements at the interface of chemistry and polymer science.

The Innovation Award was established in 2012 to celebrate significant research innovation and achievement in a polymer scientist under the age of 40. The recipient is recognized with a symposium in association with the Polymeric Materials: Science and Engineering (PMSE) Division of the ACS at the ACS Fall meeting.

Rachel’s innovation lies in her ability to develop and control uniquely designed polymers that can ultimately be used in applications from materials science to medicine. In a seminal paper in 2008, she developed hollow polymeric nanocages that exhibit selective recognition of substrates, representing a new class of nanomaterials with hierarchical function. This work was an important step towards the development of catalytic nanoreactors capable of catalyzing organic reactions in water.

Rachel was the first to observe the crystallization-driven self-assembly of poly(lactide)-containing block copolymers to produce cylindrical micelles of precise lengths. Controlling the formation and size of 2D nanostructures is a challenge, but Rachel’s team has made remarkable progress in tuning the morphologies of these structures in the areas of emulsion stabilizers and gel additives.

Rachel’s outstanding ability to address and solve grand challenges in polymer synthesis have resulted in 6 patents, 4 book chapters and 167 publications. Spanning inorganic, organic, and polymer chemistries, the creativity and innovative nature of her work are evidence that she will continue to rise as a leading figure in polymer science, and we are delighted to present her with the Journal of Polymer Science Innovation Award.