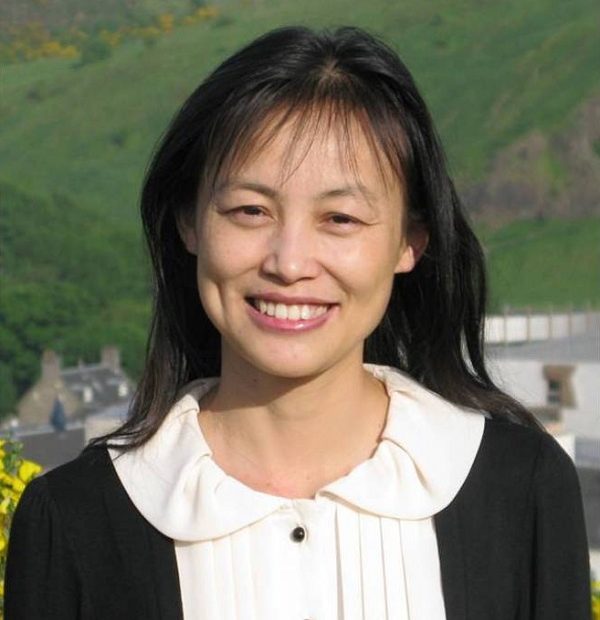 Bioconjugate Chemistry and the ACS Division of Polymeric Materials: Science and Engineering are proud to announce that Dr. Chunying Chen is the winner of the 2021 Bioconjugate Chemistry Lectureship Award. This award recognizes the contributions of an individual who has made a major impact working at the interface between the biological and human-made worlds.

Dr. Chunying Chen will join a prestigious class of past recipients, including Jason S. Lewis, Heather D. Maynard, Wolfgang J. Parak, Matthew B. Francis, and Xiaoyuan Chen. You can find out more about the previous winners of the award here.

Chunying Chen received her Bachelor’s degree in Chemistry in 1991 and obtained her Ph.D. in Biomedical Engineering from Huazhong University of Science and Technology of China in 1996. She worked as a postdoctoral research fellow at the CAS Key Laboratory of Nuclear Analytical Techniques, Institute of High Energy Physics of Chinese Academy of Sciences from 1996 to 1998. She has been the Professor and a Group Leader of the National Center for Nanoscience and Technology of China since 2006. She was elected as a General Secretary of the Asian Society of Toxicology in 2018. She is also a fellow of the American Institute for Medical and Biological Engineering, starting in 2021, and the Royal Society of Chemistry in 2016.

Dr. Chen is one of the earliest researchers worldwide in nano-bioanalysis, nanosafety, and biomedical applications. She has made a pioneering contribution and wide collaboration in fundamental research, focusing on the nano-bio interface for understanding the biomedical activities of nanomaterials and developing a new strategy to enhance nanomaterial-mediated theranostic applications, like malignant tumors and vaccine nanoadjuvants. She was recognized on the Clarivate™ Highly Cited Researchers list for the field of Pharmacology and Toxicology in 2014, 2017, and 2018. She has published six books and has been granted over 30 patents.