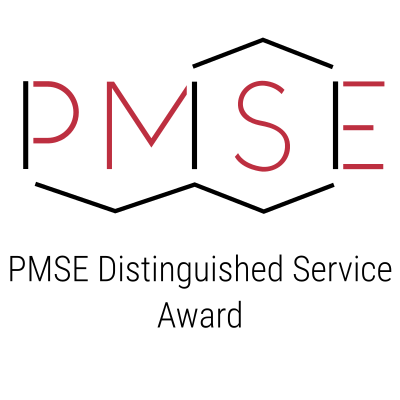 Peter Johnson received a B.S. from Michigan Technological University and a Ph.D. under Prof. Chris Bowman at the University of Colorado at Boulder. After graduation, Peter went to the National Institute of Standards and Technology (NIST) under a NRC/NIST Postdoctoral Research Associateship, where he worked on projects related to adhesion, degradable polymers, and water membranes. Since 2011, Peter has worked at SABIC In Mt. Vernon, Indiana and is currently a Staff Scientist in the Specialties business unit. His work at SABIC has focused on product development of polycarbonates, polyetherimides, and polyimides for customer applications. His research has produced 12 patents, 21 publications, implementation of three new processes within production, and six new commercial grades. His current project involves the development of an near infrared transparent EXTEM™ polyimide resin for onboard optics that can withstand the 260°C used in the final product assembly

Peter has been a member of ACS since 2003 and started volunteering in 2011 to support the division with their overall web presence. He transitioned archival data dating back from two previous webpages to the PMSE website and rebuilt award lists which date back to 1955. In 2017, Peter designed and implemented the current pmsedivision.org site with input from the various stakeholders of the PMSE Executive Committee, and he continues to maintain and update the site.