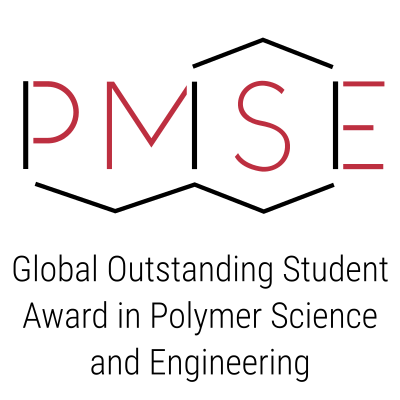 The ACS Division of Polymeric Materials: Science and Engineering and the Chemical Marketing & Economics Topical Group of the American Chemical Society (CME), are proud to announce the winners of the ACS Global Outstanding Graduate Student Award in Polymer Science and Engineering and the ACS Global Outstanding Graduate Mentor Award in Polymer Science and Engineering.  The winners and their mentors will present their work at the “Third ACS NASA Symposium:  Chemistry for Humanity’s Next Leap,” and will be acknowledged at the PMSE/POLY Plenary Lecture and Awards Reception scheduled for Wednesday, April 3, 2019 at 5:30 p.m.

Dr. Seunghyun Sim graduated from Seoul National University with B.S. degrees in Chemistry and Biological Sciences in 2012.  She conducted her doctoral research with professor Takuzo Aida at the University of Tokyo and received her M.Eng. and Ph.D. in 2017.  Her thesis work focused on engineering protein-based supramolecular nanostructures and functions.  She is currently a postdoctoral fellow at California Institute of Technology in the laboratory of Professir David A. Tirrell.  Her current research interests include engineering composite biomaterial with supramolecular protein polymers produced by living bacterial cells. In 2018, Dr. Sim was selected as the inaugeral class of “PMSE Future Faculty Scholars” and presented her work at the Boston ACS meeting.

Dr. Sim will present her work, “Engineering self-assembly of protein polymers for functional materials” in the “Third ACS NASA Symposium, Chemistry for Humanity’s Next Leap,” at the upcoming ACS meeting in Orlando, Florida.

Prof. Takuzo Aida received his Ph.D. from the University of Tokyo in 1984, afterwords beginning his  academic career there.  In 1996, he was promoted to full professor and currently serves as Deputy Director for Riken Center for Emergent Matter Science at the University of Tokyo. He has received numerous awards for his work in polymer chemistry, including the “ACS Award in Polymer Chemistry” (2009), the “Purple Ribbon” (2010), the “Fujiwara Prize” (2011), the “Alexander von Humboldt Research Award” (2011), the “Leo Esaki Prize” (2015), the “Chirality Medal” (2017) and the “Japan Academy Prize” (2018).

Prof. Aida will present his work, “Particular noncovalent bondings for self-healable materials” in the “Third ACS NASA Symposium, Chemistry for Humanity’s Next Leap,” at the upcoming ACS meeting in Orlando, Florida.

Bas van Genabeek obtained his M. Sc. degree (cum laude) in Chemical Engineering at the Eindhoven University of Technology (TU/e) in 2014. During his studies, he was awarded the “Young Talent Award” by the Royal Holland Society of Sciences and Humanities and the “Unilever Research Prize” for the best master thesis. In 2018, he finished his Ph.D. research on the synthesis and study of the phase behavior of block co-oligomers with no chain length distribution in the laboratory of Macromolecular and Organic Chemistry at the TU/e, under supervision of Prof. Egbert (Bert) Willem Meijer and Prof. Anja Palmans. During his Ph.D. research, Bas was awarded the “Dutch Polymer Days Plenary Lecture Award”, the “Best Oral Presentation” at the Emerging Polymer Technologies Summit in Melbourne (2nd place) and the “LANXESS Talent Award” (DWI / RWTH Aachen). Currently, he is employed as a synthetic organic chemist for contract research organization SyMO-Chem in Eindhoven.

Dr. van Genabeek will present his work, “Dispersity under scrutiny: Exploring limits in block copolymer self-assembly” in the “Third ACS NASA Symposium, Chemistry for Humanity’s Next Leap,” at the upcoming ACS meeting in Orlando, Florida.

Prof. Meijer is a Distinguished University Professor in the Molecular Sciences, Professor of Organic Chemistry at the Eindhoven University of Technology (TU/e) and co-director of the Institute for Complex Molecular Systems. After receiving his Ph.D. at the University of Groningen with Hans Wynberg, he worked for 10 years in industry (Philips and DSM). In 1991, he was appointed as full professor of Organic Chemistry at TU/e and in 1999 in the Department of Biomedical Engineering.  Prof. Meijer is adjunct professor of Macromolecular Chemistry at Radboud University Nijmegen (since 1994) and distinguished visiting professor at the University of California, Santa Barbara since 2008. Prof. Meijer is a member of many editorial advisory boards, including Advanced Materials and the Journal of the American Chemical Society. Bert Meijer has received a number of awards, including the “Spinoza Award” (2001), the “ACS Award for Polymer Chemistry” (2006), the “AkzoNobel Science Award” (2010), the “International Award of the Society of Polymer Science Japan” (2011), the “Cope Scholar Award of the ACS” (2012), the “Prelog Medal” (2014), the “Nagoya Gold Medal” (2017) and the “Chirality Medal” (2018). He is a member of a number of academies and societies, including the Royal Netherlands Academy of Science, where he was appointed to Academy Professor in 2014.

Prof. Meijer will present his work, “Supramolecular polymerizations:  Chirality as a muse” in the “Third ACS NASA Symposium, Chemistry for Humanity’s Next Leap,” at the upcoming ACS meeting in Orlando, Florida.