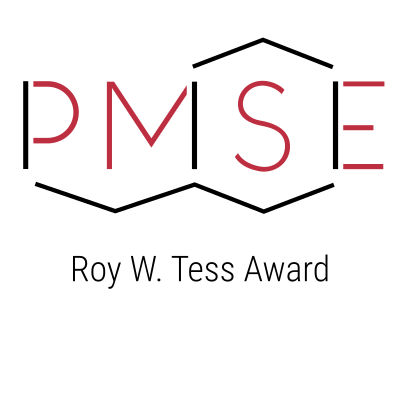 Dr. Spontak received his B.S. degree in Chemical Engineering from the Pennsylvania State University (1983) and his Ph.D. degree in Chemical Engineering from the University of California at Berkeley (1988), where he studied the phase behavior and morphologies of block copolymer systems. He then pursued postdoctoral research at the University of Cambridge (U.K.) and the Institutt for Energiteknikk (Norway), after which he accepted a position in the Corporate Research Division of The Procter & Gamble Co. There, he was involved with characterizing various soft material nanostructures and designing new elastomeric systems for use in adhesives and stretchable personal-care products. In 1992, he joined the faculty at NC State University, where he currently serves as Distinguished Professor. Dr. Spontak is widely recognized as one of the global leaders in the physics of nanostructured polymer systems, which are becoming increasingly ubiquitous in a wide range of contemporary technologies requiring lightweight and functional soft materials.  Dr. Spontak has and continues to make exceptional contribution to the field of polymer coatings, from the placement of coatings on surfaces to the fundamental aspects of their morphologies, functionalization and application. His research has resulted in over 300 peer-reviewed journal publications, over 340 invited talks (including plenary and keynote), 21 international journal covers, and 1 book cover. He has 6 issued U.S. patents and multiple patent applications pending in the U.S. and elsewhere.

He is the recipient of the 2006 American Chemical Society (PMSE Division) Cooperative Research Award in Polymer Science & Engineering, the 2007 German Electron Microscopy Society Ernst Ruska Prize, the 2008 American Chemical Society (Rubber Division) Chemistry of Thermoplastic Elastomers Award, the 2011 Institute of Materials, Minerals and Mining (IOM3) Colwyn Medal, the 2012 Norwegian University of Science and Technology Lars Onsager Professorship/Medal, and the 2015 Society of Plastics Engineers International Award. He has been named a 2021 Distinguished Alumnus Award by the Tau Beta Pi Engineering Honor Society, and he is a fellow of the American Chemical Society (PMSE Division[RJS1] ), the American Physical Society, the Royal Society of Chemistry, and IOM3, as well as an elected member of the Norwegian Academy of Technological Sciences (NTVA).

His research focuses on novel block copolymers, thermoplastic elastomers (TPEs) as intelligent/functional materials, sustainable nanomaterials, and morphological/property development of both neutral and charged TPE systems. He has initiated new strategies for designing (i) electroresponsive dielectric elastomers capable of high and/or anisotropic actuation strains with no prestrain, (ii) ionic TPEs with solvent-templated and solvent-vapor-annealed morphologies for use in electroresponsive, gas-separation and photovoltaic membranes, and (iii) anti-infective TPE films and coatings capable of inactivating antibiotic-resistant and spore-forming bacteria and several highly contagious virus strains. He has also pioneered the development of transmission electron microtomography to study the 3D characteristics of nanoscale polymer morphologies and computational methodologies for detailed analysis of molecular topologies in TPEs. Some of Dr. Spontak’s specific research achievements include the following:

PMSE congratulates Dr. Spontak on his award and contributions to polymer science. Dr. Spontak will receive the Tess Award at the 264th National Meeting o the American Chemical Society in Chicago, IL.